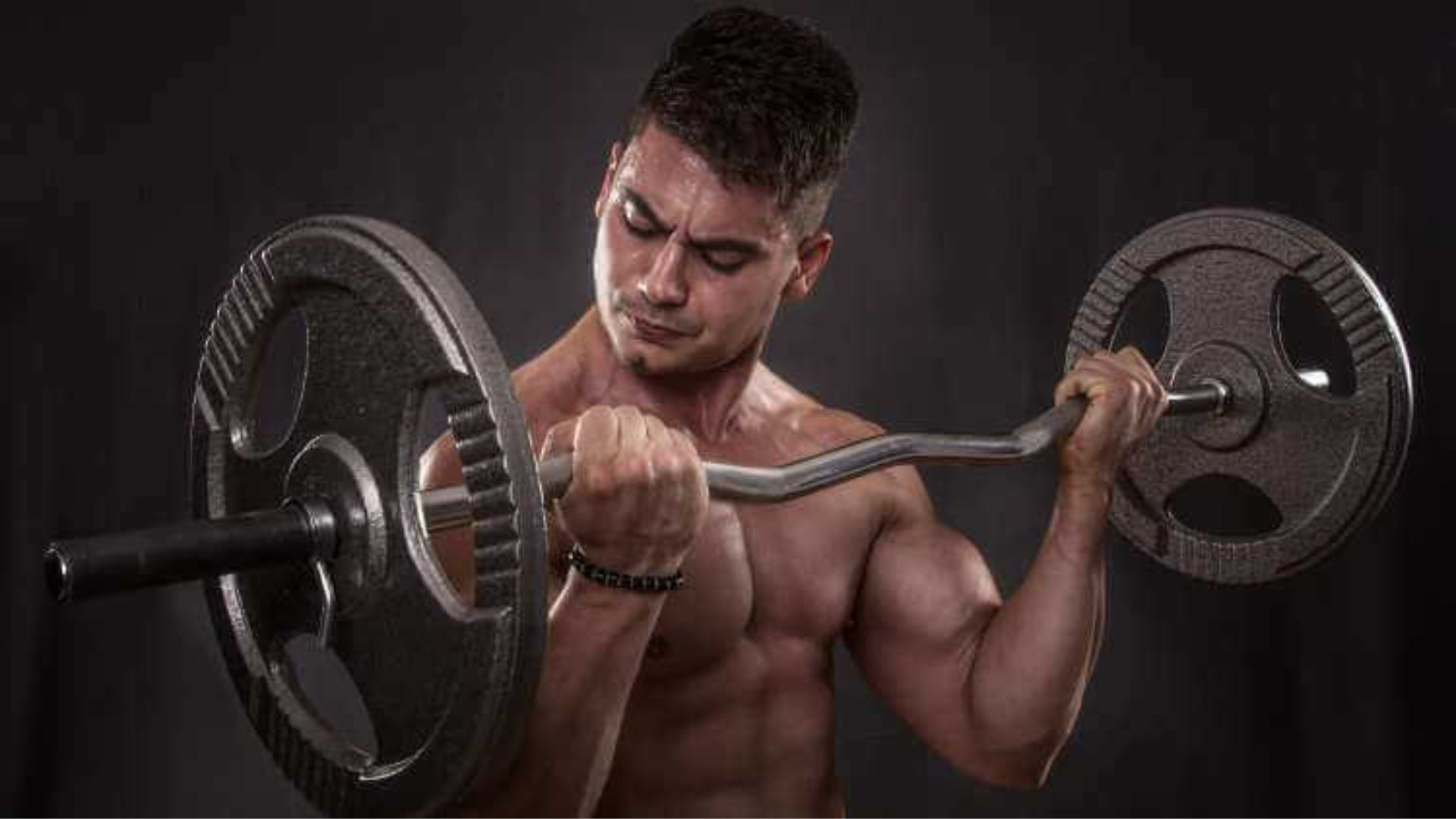 Also called the reverse curl, the overhand bicep curl is among the most effective alternatives to the standard supinated Bicep Curl.

Suppose you’re interested in focusing your forearms and biceps simultaneously in the same way to increase your arm strength. In that case, overhand bicep curls can be ideal for you.

Reverse curls work primarily on the brachialis and biceps.

The biceps brachii, or biceps, is the scientific name of the muscle that is most noticeable in the upper part of your arm.

The bicep muscles are made up of 2 “heads:” a long head and a shorter head. Both heads function to form a cohesive unit when pulling and lifting movements.

The brachialis muscle is under the Biceps Brachii, which helps in elbow extension. Training the brachialis could help you build up mass in your upper arms.

The overhand bicep curl s that are done with your hands target the brachioradialis muscle, your forearm’s strongest and most visible muscle.

The reverse curls can also strengthen your forearms’ small muscles and your abdominal and back muscles, which work to help stabilize your body during the curling movement.

The reverse curl is specifically designed to activate two of the largest muscles located on your arms. They are the brachialis and the biceps.

Thus, consistent training that includes the overhand bicep curl will surely increase the strength and size of your arms.

Another significant advantage of the overhand bicep curl is its improved grip strength. The grip on the overhand of the reverse curl decreases the leverage you have over your weight.

The result is that the muscles in your wrists, fingers, and forearms are compelled to compensate for the weight, thus increasing your grip strength.

A more solid grip can increase your performance in various other workouts like deadlifts or pull-ups and numerous others.

Let’s face the facts — almost everyone wants arm muscles that look better. Based on your needs, you could use the overhand bicep curl to create bigger, toned, or more defined arms.

This workout is easy to master and can aid in improving the appearance of your arms within a matter of minutes.

To perform this exercise, it is necessary to have an exercise bar and some weights (see alternatives for different alternatives).

If you’re unfamiliar with the overhand bicep curl, opt for a lightweight and then complete 3-4 sets of 10 reps.

If you feel confident in your form, you can add more weight and stay within 6-8 reps in 3-4 sets.

The most frequent the overhand bicep curl mistake is flexing your wrists while you move upwards. A lot of people bend their wrists to compensate for their overhand grip.

In the real world, this flexed posture creates additional pressure on your wrists and doesn’t aid in developing any muscles. Instead, concentrate on keeping your hands in a normal, neutral position.

I often observe people moving their arms and using their momentum to raise the weight in reverse curls. This is because they attempt to lift excessive weight most of the time.

It’s possible that you won’t be in a position to curl with the same amount of force as you normally do in the underhand curling movement, and that’s fine!

The solution is straightforward Choose a lighter weight and work on perfecting your technique. Being aware when lifting heavier weights will boost your gains and decrease the risk of getting injured.

Another frequent the overhand bicep curl error is to rush the movement.

That is to say, they blast through the concentric part of the curl. Then, they allow the weight to drop quickly in the eccentric portion of the movement.

This is the way to steal significant benefits from your workout! Instead of speeding through the movement, you should curl the weight slowly and controlled manner.

It’s not just safe, but it also will make you more comfortable and increase the benefits of reverse curls.

The overhand bicep curl can also be done unilaterally to fix muscle imbalances and enhance the connection between your muscles and your mind.

Use a kettlebell that has an overhand grip. You can perform the curl using a similar form to the reverse curl that is commonly used.

The reverse curl of the resistance band variation is distinctive because the resistance is increased when you move upwards. This means that your muscles work most hard when you are at the top of every repetition.

Begin by grasping each handle with your palms in front of you. After that, you can complete the reverse curl slowly and carefully using the same technique for the barbell overhand bicep curl.

There are a variety of alternatives to the overhand bicep curl. The reverse curl of dumbbells is the most well-known. However, you can choose any type of resistance you want.

Try straight bars on pulleys or a plate that weighs 45 pounds or two heavy books. You are free to be creative!

If you loved doing the curl reversed, you should check out these other exercises that will help improve the strength of your arm:

Take a dumbbell and place your palms in front of you. Stand up with your feet approximately the same width.

Lower the dumbbells slowly to their starting point and rotate your hands so that your palms face your body.

Repeat this movement for the desired number of repetitions.

Lock the barbell into an attachment for a landmine or corner; any other way, you can secure the top of one bar by placing it on the ground ahead of the barbell.

Stand in a straight line perpendicular to the barbell. Keep your feet upright in a relaxed position. Take the barbell in your left hand with your palm pointed toward the sky.

Engage your left bicep to pull the barbell upwards and then across your body. Make sure you squeeze your bicep tightly to the top of the rep. Slowly return to your starting position.

Repeat this movement for your desired number of repetitions, and make sure you change arms.

Take a dumbbell with your palms in front of one another. Make sure you stand in a steady posture with the back in a straight position.

Repeat this movement for the desired number of repetitions.

Why You Should Do The Overhand Bicep Curl?

The main reason to perform the overhand bicep curl is that you focus your forearms in a distinctive way that’s not solely designed for them.

For me, it’s comparable to doing seated leg presses and then transferring directly into the calf raises.

You can switch to the standard bicep curl, change your grip, and you are now performing the overhand bicep curl.

The best part is that you can diversify the way you train your Biceps and the forearms.

Overall the overhand bicep curl is an excellent arm exercise in general.

As we’ve said, it is basically the same motion but with a slight change in grip.

The switch will alter the way the muscles of your arm muscles are pulled. However, you’re still using your arms efficiently.

I’d suggest that the doing the overhand bicep curl requires more effort to perform with proper shape and technique.

The basic bicep curl is simple to master and do The only limit is your level of strength.

The strength and grip strength and stability play a significantly more important impact in performing the overhand bicep curl.

The fact is, the overhand bicep curl is extremely driven by results.

You can almost guarantee improvement and outcomes if you follow these exercises.

Additionally, as I stated, both of these exercises will hit your forearms and biceps proper ways.

Why don’t we do them?

But don’t fall for the mistake of believing you can’t do anything. Just weights can help build your biceps.

You could also do the calisthenics-based bicep workout to increase and increase in muscle.