What Is Vitamin B3 (Niacin) And Why Should You Use It 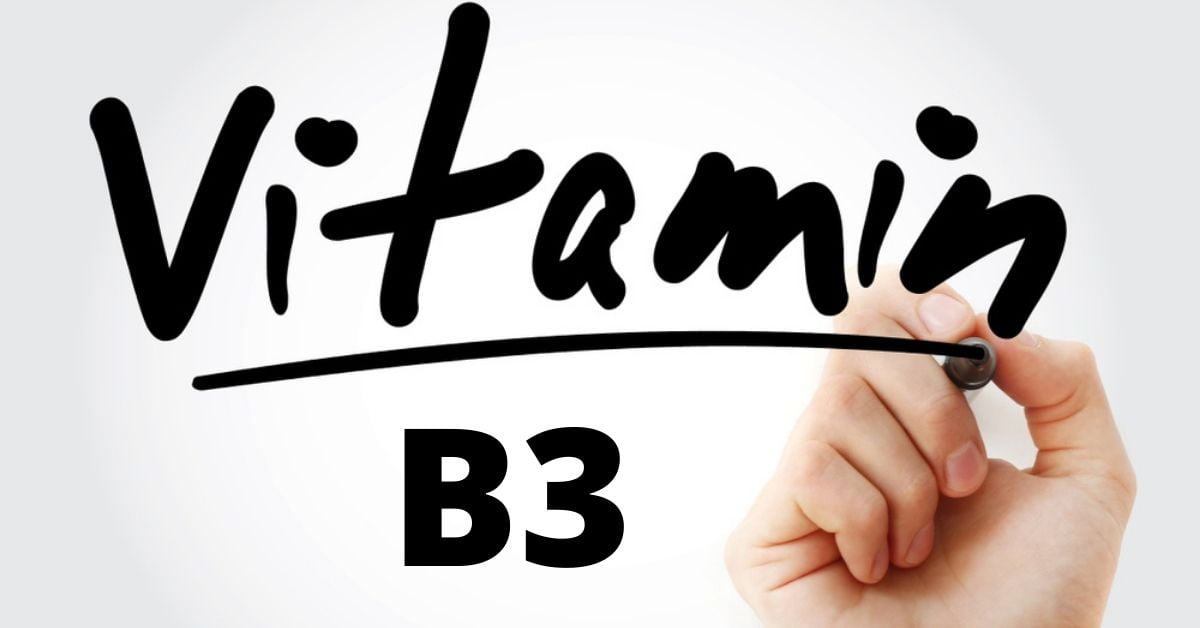 What is Vitamin B3?

Vitamin B3 (niacin) is a water-soluble vitamin that occurs in two forms nicotinamide and nicotinic acid. Since it is a water-soluble vitamin, excess of this vitamin is not stored in the body and excreted. Niacin is a highly resistant vitamin to heat and light, and with this feature, it is known as the most durable vitamin. The effects and functions of both forms of niacin in the body are different. These two forms can be found in our foods and supplements. Cellular niacin can be obtained in two different ways. The first way is niacin synthesis from tryptophan, obtained from foods rich in amino acids. The second alternative is niacin, obtained directly from the diet. Niacin is a building block for the production of NAD + (nicotinamide adenine dinucleotide), which is necessary for the oxidation of glucose and ATP synthesis during mitochondrial oxidative phosphorylation. So what is vitamin B3? What can happen with vitamin B3 deficiency? What are the benefits of vitamin B3 and in which foods is vitamin B3 available? 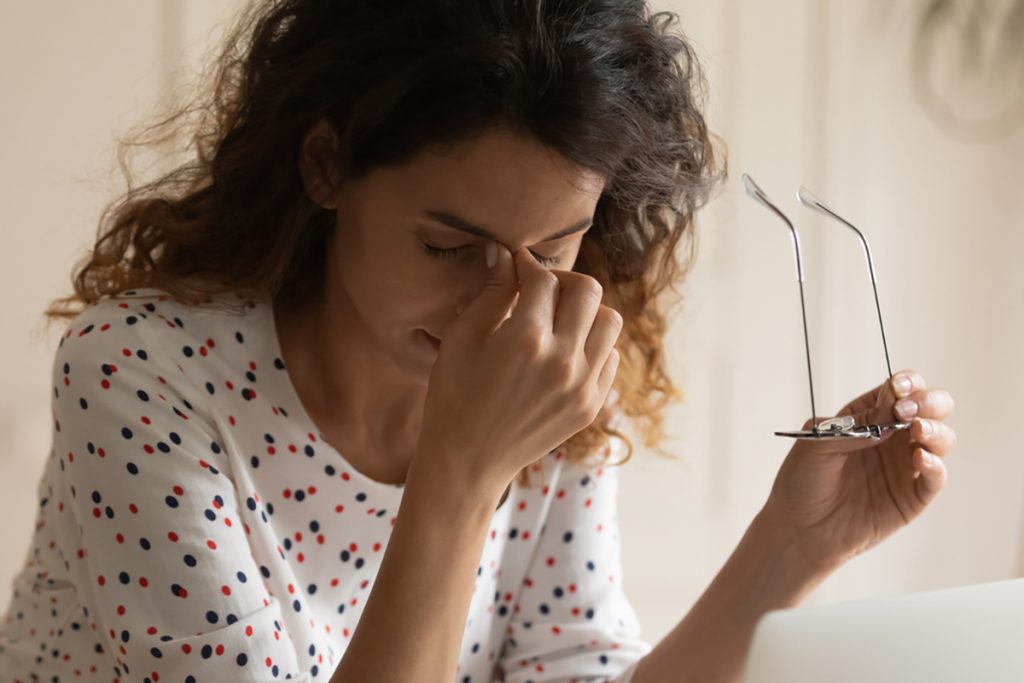 Studies have shown that micronutrient deficiencies are scientifically linked to a higher risk of overweight/obesity and other dangerous and debilitating diseases. Although vitamin B3 deficiency is rare in developed countries, its deficiency causes serious problems. Both physical and mental problems are common in niacin deficiency. One of the most common problems with deficiency of this vitamin is pellagra disease, and the symptoms seen in this disease are described as 3D (dementia, diarrhea, and dermatitis). Neurological disorders and skin and intestinal problems are also frequently observed. Examples of these include heartburn, vomiting, constipation, and diarrhea.

If there is vitamin B3 deficiency in our body, skin problems such as insomnia, weakness, dizziness, dry skin, abnormalities in the digestive system and intestines, depression, and difficulty in concentration can be seen. Considering all these, the symptoms should be evaluated thoroughly, and a treatment method should be applied accordingly.

Although niacin deficiency carries serious risks for our body, as with most nutrients, excess niacin can also cause toxicity in the body. Conditions such as itching, redness, and pain on the skin may indicate that the dose taken is too much. For this reason, the dose to be used should be determined by a specialist, and the treatment should continue to be controlled. 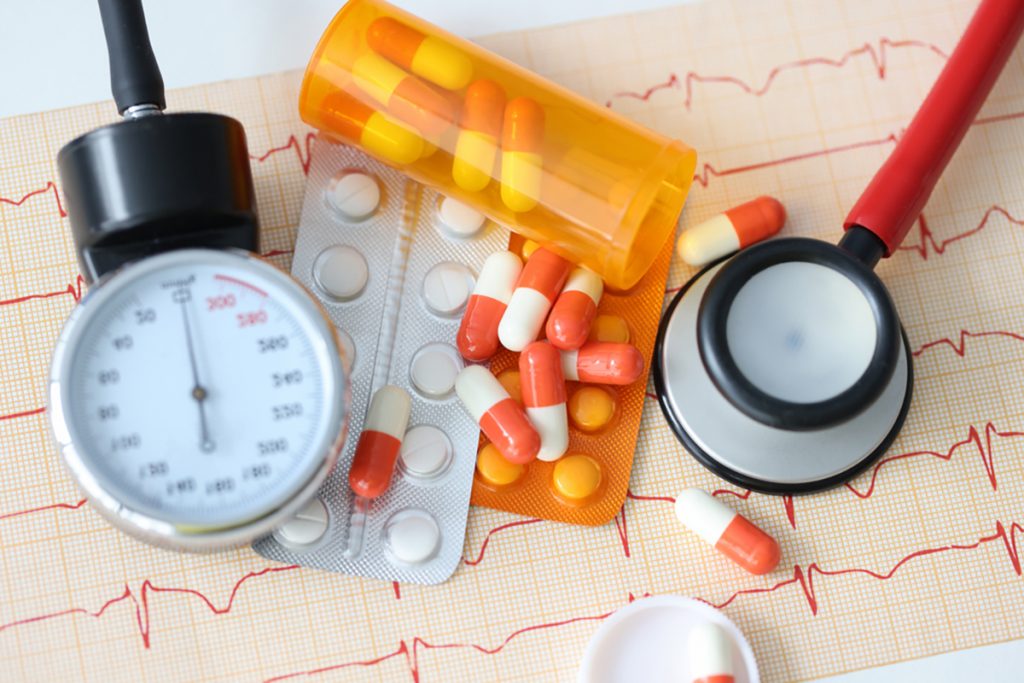 Which Foods Contain Vitamin B3? 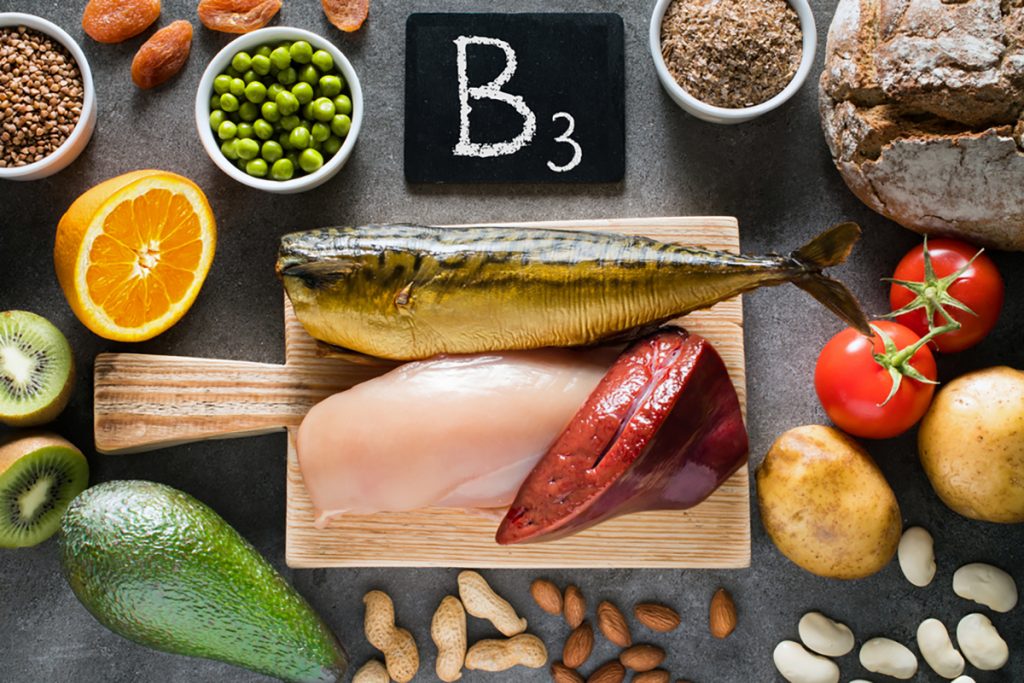 Foods with the highest niacin are meat, fish, turkey, salmon, offal, milk, eggs, legumes, bulgur, hazelnuts, peanuts, walnuts, mushrooms, peas, tahini, and avocados. One of the points that should be considered here is the possibility of niacin deficiency in people who frequently include grains such as corn in their diet and who are poorly fed with protein. This is because niacin can bind to sugar molecules in the form of glycoside, significantly reducing niacin’s absorption. Niacin deficiency and pellagra disease are frequently observed in individuals with such diets. In these cases, the individual and nutritional habits should be evaluated in detail, and the most suitable method should be determined.

If we have a balanced, varied, and good quality diet in daily life, we usually meet our niacin needs. We can calculate the daily niacin requirement of an individual according to calories. This value requires 6.6 mg of niacin per 1000 calories taken. For the prevention of pellagra, the recommended 11 mg NE (niacin equivalent) .1 milligram niacin equals one niacin equivalent and 60 mg tryptophan. In young and healthy individuals, the required value for normal excretion in urine is approximately 14 mg.