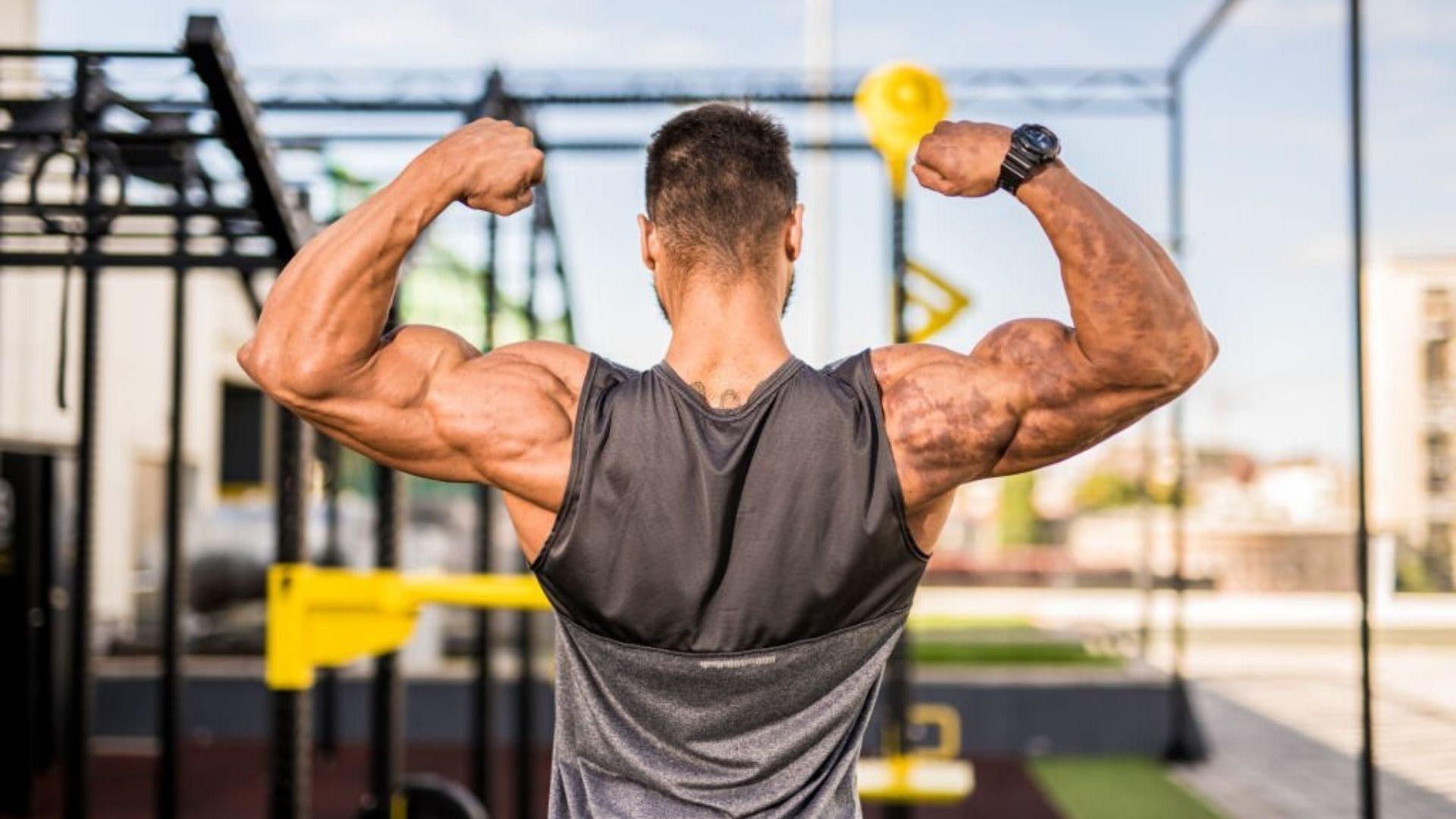 A muscle that can greatly impact your body is frequently ignored.

The side delt is what I’m referring to. It’s located in the middle of the deltoid muscle group and will be the one that makes your shoulders explode. The lateral muscle is crucial to building a strong-looking physique. It’s important to ensure that you’re paying it the respect it deserves.

The side delt requires 60-100 reps of focused exercise to build two days a week. Vertical pressing exercises aren’t enough for themselves.

Incorporate these Medial/Middle/Lateral/Side Delt Exercises into your routine to build the medial delt until it reaches the highest.

What Is Middle Delts?

The three heads of the deltoid function in concert to support the shoulder joint and move the arms in various directions.

The middle delts, also called medial delts, are activated to help you move your arms away from your body.

Exercises specifically targeting those in the middle of the delts can be beneficial. The training of the middle delts must be given priority due to the reasons listed below:

Because your shoulders freely move in different directions and directions, they are more vulnerable to injuries than sturdy joints.

Therefore you will need to build muscles in your deltoids to compensate for the lack of stability.

Middle delt exercises can offer significant stability to your shoulders. This can aid in preventing future injuries.

These exercises are designed to tear the muscle fibers in your shoulders and enhance lateral delt hypertrophy.

This means that you’ll strengthen your shoulders, which can improve your performance when doing compound exercises like overhead presses and the Barbell Bench Press.

The middle delts of your body play a part in many exercises. You should be training them accordingly.

If you’re exercising to enhance your physical appearance, you need to focus on your shoulders. Many people over-train their chest, which leaves their deltoids to shrink in proportion.

The increase in size and the shape of the middle delts will aid you in building broader shoulders.

The broad shoulders are visually appealing and attractive. Still, they are also safer to ensure the development of your muscles in a balanced way across your entire body.

In that regard, we’ll learn the middle delts!

Arnold is known as the G.O.A.T., and you are aware of this since he is the subject of an exercise that has been named for his own name.

The Arnold Press. It’s a dumbbell that sits overhead press; however, it allows the shoulders to go through the full range of motion. It’s a major reason why Arnold created his boulder shoulders.

Arnold Press Arnold Press is a compound lift, so you should include it at starting your shoulder workout before moving on to isolation exercises.

In contrast to behind the neck pulldowns, behind-the-neck overhead presses are a great option. When you move the barbell behind the neck, you shift your focus to the front of your delt towards your medial delt.

You’ll need to lower the weight a bit more, go higher than normal and take your time. It could take several minutes to discover your rhythm, and you’re not going to fall off by smashing the bar against the side of your head.

One-arm dumbbell upright row made a list because it is an isolation exercise that lets users push themselves to the limit. It is important to work the muscle from every angle to develop muscles, including rep ranges, reps, and even resistance.

The majority of delt isolation movements require lightweights; however, not these.

A single-arm at a time allows you to concentrate on the full range of motion since the other arm doesn’t limit it.

Pick up a dumbbell, look for a rack that you can put your free arms on, then lean forward and raise the dumbbell until it is at the height of your chest, focusing on pulling the dumbbell with your elbow.

Find an incline bench and two dumbbells that are light. Then, straddle the bench with your back to it.

Perform lateral raises while keeping your arms bent to create the “W” shape, keeping your body at the highest point.

This workout is great because it removes the momentum of the game. You’ll have to make use of lighter dumbbells. However, that’s good since you won’t have to raise the dumbbells.

The cable’s lateral raise behind the back is the best medial delt isolation exercise.

This is because, unlike dumbbells, lateral raise cable machines provide an unending resistance. It isn’t necessary to throw your weight upwards. Additionally, the behind-the-back position guarantees that the delt is doing most of the work.

Be patient with these, and then go light to work the medial delt muscles without using other muscles to complete the job.

The majority of people perform their lateral raises using two dumbbells at once.

The most effective method is to concentrate on just one arm at the moment. A single arm at a time lets you lift heavier weights with more movement while also allowing for more control.

This is three wins.

It is helpful to hold one dumbbell in your left hand to help balance the arm working; however, resist the urge to lift both dumbbells simultaneously.

Make sure you move your elbow forward by about 10 degrees while bending your elbow.

How Can I Create My Deltoids With No Weights?

A lot of the exercises listed above can be completed using resistance bands rather than weights. There are also exercises using body weights, such as the shoulder push-up you can try.

What Is The Best Way To Create An Upper Mid Deltoid?

The above exercises are targeted at this specific muscle; however, they must be regularly practiced. Also, be aware of any changes that your body produces. If an exercise becomes effortless, you should alter the exercise to make it harder difficult by adding weight.

What Is The Best Way To Test The Strength Of The Deltoid?

As with all muscles, you should begin by doing a few exercises with an easier weight to determine how your deltoids respond. The sitting shoulder press is a good choice for this. You can increase the weight until you can find the difficult one.

The deltoids are less difficult to focus on than you imagine, so they may often be neglected. These exercises demonstrate that there are many methods to work your middle deltoid in the same as other muscles in this area to help build the strength and size of your upper body.