One large egg contains about 6 grams of protein. 45% of the egg protein is found in the yolk and the remaining 55% in the white.

Proteins have an important role in the regulation of body functions. They consist of building blocks that we call amino acids. Although human body cells can produce most amino acids, they cannot produce some. These are called essential amino acids. Egg contains all of these essential amino acids in appropriate amounts and proportions. Therefore, all egg proteins can be converted into body proteins. In other words, eggs are a source of high quality protein.

The only food whose amino acid pattern resembles breast milk is the egg. Proteins derived from grains and legumes are considered to be low-quality proteins because they cannot be fully utilized in the body and are recommended to be consumed as a mixture or enriched with egg proteins. Egg protein is more economical compared to other animal origin proteins. Despite its low price, it contains high quality protein and is highly digestible. Infants and children who are in a rapid growth and development period in terms of mental and physical aspects need more protein.

It is recommended that at least half of the protein consumed with foods be of animal origin. For this reason, attention should be paid to eggs, which are a high-quality protein source, in children’s nutrition. Infants should be started with egg yolk as an additional food from the sixth month. Having breakfast in the morning increases school success in children. Consuming foods such as eggs, milk and cheese at breakfast will reduce blood sugar later due to the high and high quality protein content of the meal, thus increasing the students’ ability to work more efficiently and thus their attention and learning abilities until the next meal.

Egg should be the main source of high-quality protein during pregnancy and lactation, when protein needs increase in adult women. Again in the elderly, high quality protein is required for the maintenance and development of muscle mass in response to exercise. In addition, eggs have an important place in diets prepared for patients with burns and patients with increased protein requirements. 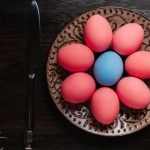 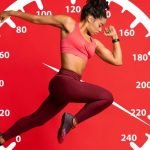