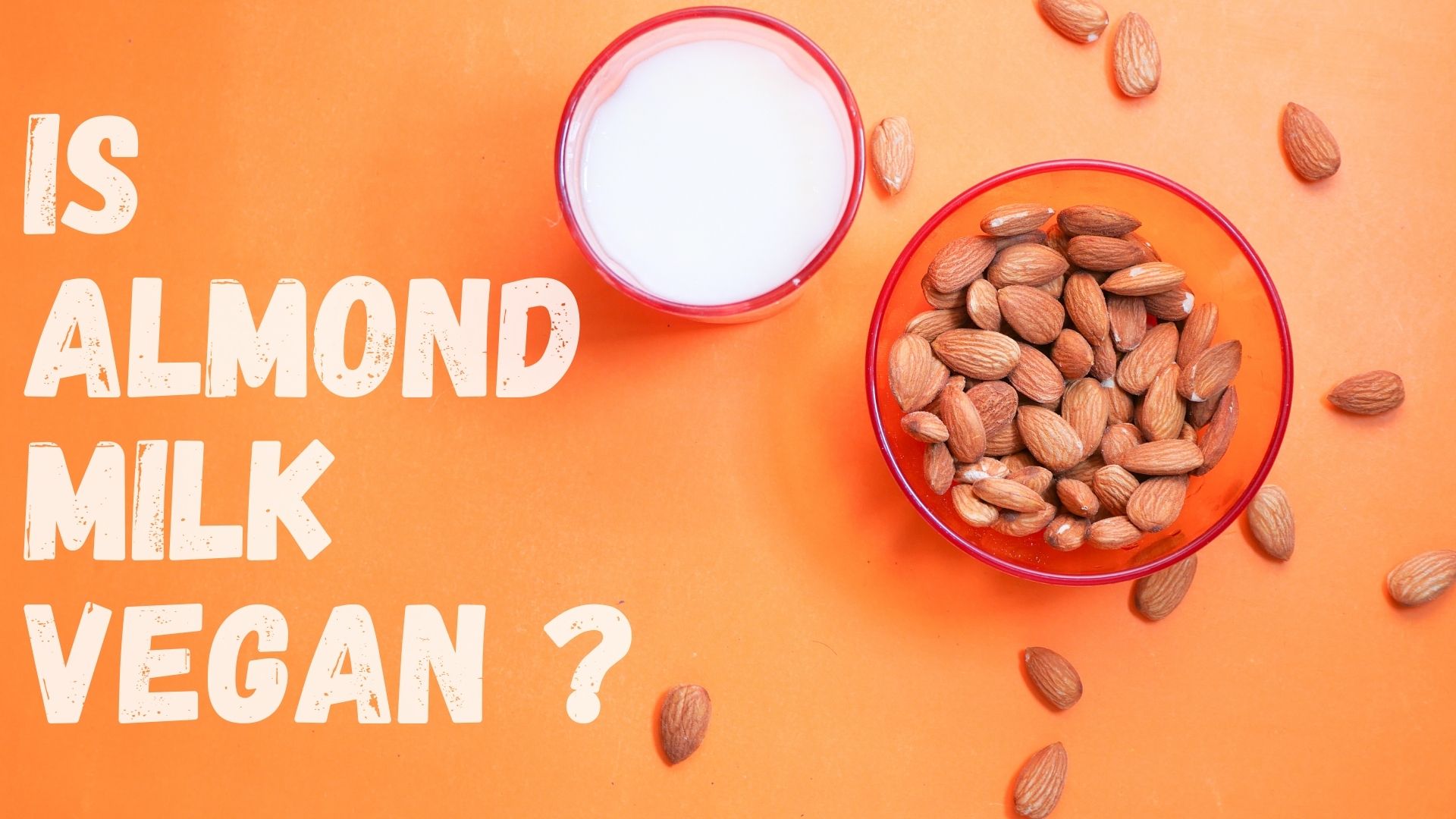 If you are wondering that is almond milk vegan or not, we are explaining everything about almond milk with the answer of your question.

What are the components in almond milk?

Although it is a plant-based product, there is much controversy concerning the environmental impact of almond milk manufacturing, prompting some vegans to label this milk replacement as “un-vegan.”

Soy milk, the next closest plant-based milk, has seen sales fall to $245 million per year, owing to the introduction of better-tasting milk replacements on the market.

The simplest recipe for almond milk involves only two ingredients: almonds and water.

Almonds, the most nutritious nut, may also be used to produce a healthy milk substitute.

One notable almond milk health benefit is that it is calcium-fortified, so you will not be deficient in this important mineral if you transition away from dairy.

Although almond milk is a vegan food, the environmental effect of almond milk manufacturing has some people avoiding this non-dairy milk.

Read on to learn more about the advantages of almond milk and is almond milk vegan or not.

What Exactly Is Almond Milk ?

In commercially produced brands, almond milk is a combination of almonds, water, and occasionally additional basic add-ins such as sugar, salt, and certain emulsifiers.

After the almonds have been blended with the water, the almond pulp is filtered out of the liquid to make almond milk.

Almond milk is less thick than cow’s milk and has a milder flavor.

The almonds lend a gently nutty, somewhat sweet taste to this plant-based milk.

What Are The Benefits Of Almond Milk ?

Nonetheless, most store-bought products are fortified with a variety of critical vitamins and minerals, such as calcium and vitamin D.

Almond milk protein levels are often increased by manufacturers, which is ideal for a vegan diet, which might be naturally low in protein.

Almond milk is naturally richer in some nutrients, such as vitamin E.

It’s a great option for those looking to reduce their calorie consumption, since 1 cup of professionally prepared stuff contains half the calories as 1 cup of skim milk.

However, be wary of sweetened almond milk, which can be heavy in sugar.

Unsweetened almond milk has extremely few carbohydrates and a larger proportion of fat and protein, so it won’t mess with your blood sugar levels.

The only thing you need to be concerned about when making sure your almond milk is vegan are the sugars.

When purchasing sweetened almond milk, be sure it is sweetened using plant-based sweeteners rather than honey, which is an animal by-product.

However, it is virtually unheard of for commercial almond milk to be sweetened with honey, therefore the possibility of almond milk ever being non-vegan is exceedingly remote.

So, what about almond milk? Is almond milk vegan? Yes, almost always!

How To Make Almond Milk At Home ?

Almond milk is extremely simple to manufacture at home and provides significantly more possibilities for creating a fuller flavor and adjusting protein and fat ratios.

We’ve included 2-4 cups of filtered water in our recipe to allow you to experiment; less water will provide a thicker, creamier product, while more water will yield the watered-down variety seen in most supermarket shops.

We like to sweeten our recipes using low-glycemic index Medjool dates since they have more fiber, vitamins, and minerals.

If you don’t like dates, you may leave them out entirely or substitute another sweetener of your choosing.

Because homemade almond milk has no preservatives, it will only survive around five days in the fridge, compared to store-bought alternatives.

Make your own almond milk in small amounts and more regularly to keep it fresh.

Is Almond Milk Vegan or Not ?

Answer of the question “Is Almond Milk Vegan?” is that almond milk is almost usually vegan.

The probability of it being sweetened with honey is so remote that it isn’t even worth thinking about; almond milk firms know that a substantial number of their consumers buy almond milk because they follow a vegan diet and hence utilize plant-based sweeteners.

Even if you are not vegan, consider switching to almond milk because it has several advantages over animal milk.

But, if you’re a vegan, this drink is a must-have, as are these vegan stickers, which you can paste anyplace to show the world that you’re enthusiastic about living cruelty-free.