Attention: Is Lactic Acid Vegan Or Not ? 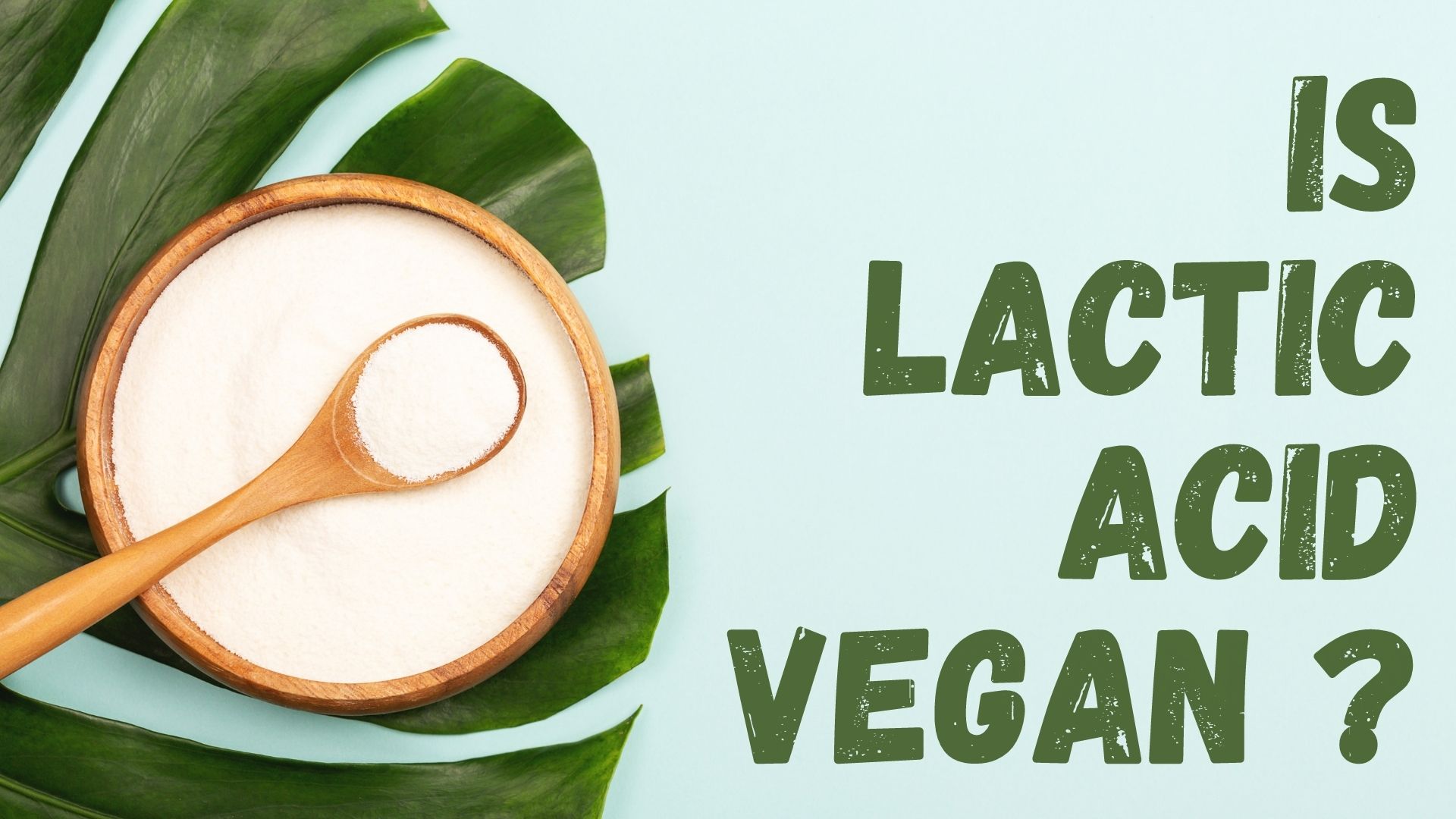 If you are wondering is lactic acid vegan or not, we explained to clarify whether it is suitable for vegans. Please continue reading to learn about lactic acid.

Veganism is a style of life that attempts to reduce the usage and consumption of animal products in daily life, particularly in the diet.

Following a vegan diet might be difficult at times due to the likelihood of some items containing animal-derived substances.

Lactic acid is a popular component that many new vegans are curious about.

This page discusses whether or not lactic acid is vegan, as well as its applications and dietary sources.

What Is Lactic Acid?

Because the first name sounds similar to lactose, a naturally occurring sugar found in cow’s milk and dairy products, many people believe that lactic acid is made from animal products.

Lactic acid, on the other hand, is not milk and does not include milk.

It is a kind of organic acid that occurs spontaneously when certain foods or microorganisms ferment.

Lactic acid may be produced artificially as well as naturally, and it is sometimes used as a preservative and flavour in packaged goods.

Lactic acid is found in a variety of regularly consumed foods, either as a byproduct of fermentation or as an ingredient.

It’s what gives them their acidic flavor.

Lactic acid is found in fermented dairy products such as kefir and yogurt, as well as fermented vegetables and grains.

Salad dressings, spreads, breads, sweets, olives, and jams are all examples of popular packaged food that may include or contain it.

To find out if a food includes lactic acid, check the ingredient label.

Lactic acid occurs naturally in fermented foods, but it may also be synthesized and added to packaged goods.

Lactic acid is commonly found in foods such as sauerkraut, yogurt, sourdough bread, and salami.

We continue with the answer of Is Lactic Acid Vegan…

We came to the answer of the question : Is Lactic Acid Vegan ?

Lactic acid is mostly found in fermented vegetables, grains, and legumes, making it a vegan ingredient.

However, this may not be the case in every nation or with every food product, as some man-made lactic acid may be derived from animal sources.

The easiest approach to ensure that the lactic acid in a meal is vegan is to ask the producer directly.

Furthermore, while non-vegan fermented meats and dairy products include lactic acid, vegans need not be concerned because they avoid these items anyhow.

The majority of lactic acid is vegan since it is produced naturally by plants or is man-made from plants.

Lactic acid may also be present in fermented dairy and meats, which vegans avoid otherwise.

Check with the maker to be sure.

When Does Lactic Acid Become Non-Vegan?

Lactic acid derived directly from fermented dairy products or meat is not vegan, although those who follow a plant-based diet will not consume these things anyhow.

The majority of added lactic acid is derived from the fermentation of beet sugar or corn starch.

As a result, the vast majority of lactic acid-containing goods are vegan.

A user should be informed that certain forms of added lactic acid may be derived from animal byproducts.

Some lactic acid, for example, may be produced by bacteria that feed on lactose, a sugar present in dairy products.

However, once the lactic acid has reached its final form and is available for use in food, its chemical structure remains the same regardless of the carbohydrate’s initial source.

There will be no traces of the animal product.

Even though lactic acid includes no animal products, some individuals may want to avoid it if it comes from a nonvegan source.

Manufacturers are not required to identify the source of lactic acid in their products, thus a consumer may need to contact a firm directly to find out if it is vegan.

If you don’t want to investigate where the lactic acid in your meal originated from, you’re still in luck.

Make Your Own Lactic Acid Rich Fermented Meals At Home!

If you don’t think about is lactic acid vegan or not, you can make your lactic acid rich foods at your home.

Begin with a vegetable of your choosing.

Here are a few great options:

Lactic acid products are not vegan-friendly.

These include items such as:

There are also many vegetarian but not vegan lactic acid sources.

This indicates that the lactic acid is produced from an animal byproduct (such as milk) rather than the animal itself.

Is Lactic Acid Devoid Of Dairy?

Lactic acid, being a bacterium, is by definition devoid of any animal products; nonetheless, lactic acid may be cultivated on the non-vegan milk sugar lactose.

Even yet, there is no evidence of animal product in the lactic acid by the time it reaches customers.

Furthermore, the majority of the lactic acid in processed meals was grown on plants.

Is The Lactic Acid Found In Olives Vegan?

Because the vast majority of commercially produced lactic acid is derived from vegetables, it’s reasonable to believe that the lactic acid that ferments and preserves your olives is likewise vegan.

It may also be produced using several types of bacteria cultures.

While the lactic acid utilized in most commercial goods is plant-based, it is possible that it is derived from animals.

The FDA does not mandate firms to provide you with derivative information.

As a result, you may need to contact the producer directly to ensure that your meal is completely vegan.

You may also make your own lactic acid-rich meals by pickling your own vegetables.

That way, you can be certain that you’re in the vegan safe zone.

Hope we gave you the answer to question : Is Lactic Acid Vegan ?

Thank you for your time to read our article.

If you have any question about anything, please comment below.