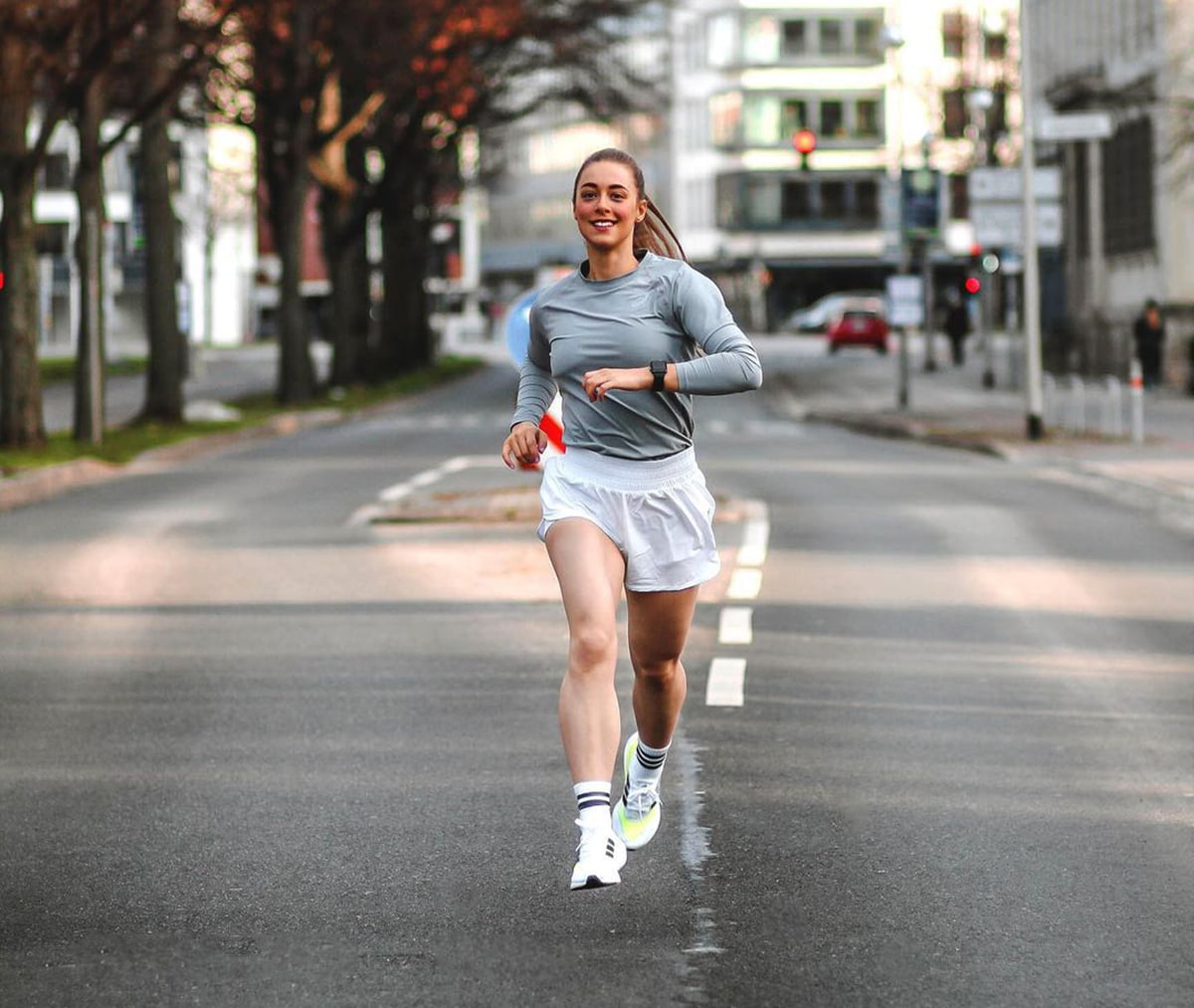 Have you ever had trouble breathing while on the go ? Try it out.

An easy breathing technique posted on TikTok by Franziska Schoebel ( a runner in Germany ) has been viewed over three million times, showing that many runners are searching for a way to improve their breathing while running.

Franziska Schoebel, a CrossFit competitor, recommends that athletes literally breathe in for two steps and out for two steps.

She recommends that if you have a shorter stride rate, you try the technique with three steps in each breath.

Running breathing methods have been developed by experts for several years, but this one seems to have struck a chord with a large number of people.

The video has received over 540,000 likes. ‘I have really done this and it helped me so much,’ one runner said.

‘I actually needed to hear this because I was doing it every step and just about passing out every other 6 steps,’ wrote another.

The majority of new runners would have struggled to breathe while training.

When running, the brain has sensors that sense decreases in blood oxygen and will respond by “ordering” the body to breathe faster and deeper, according to Dr. William Roberts, director of the Sports Medicine Program at the University of Minnesota Medical School in the United States.

Lower oxygen levels can account for the sensation of being out of breath early in your run, which is particularly noticeable in beginner runners and/or those who do not exercise regularly.

Other Easy Breathing Techniques For Running By Other Sources

Prepare Your Respiratory System By Warming Up

You are not alone if you always get side stitches when running. According to one survey, 70% of runners experience this stabbing side pain.

Warming up your diaphragm before taking off at your normal speed will help you avoid developing this vexing side stitch.Begin by relaxing your diaphragm muscle by practicing your deep belly breathing technique.

Next, begin slowly and concentrate on maintaining your breathing technique. Increase your pace gradually to allow your diaphragm time to adapt to harder breathing. This will warm up your whole body and allow you to run without stitching.

Control Your Breathing According To Your Tempo

Do you tend to get hurt on one side of your body rather than the other? Learning the correct breathing pattern to match your tempo will help you avoid injuries and improve your running performance.

The number of steps you take on inhale and exhale is defined as rhythmic breathing, also known as tempo breathing. If you’re like most runners, you have a normal tendency to hit the ground with an even number of foot strikes on each inhalation and exhalation.

Rather, concentrate on a breathing pattern that alternates from one hand to the other. For example, a 2:1 breathing pattern in which you inhale twice and exhale once. This alternating pattern will strengthen your heart and keep you injury-free.

Inhale and Exhale By Both Your Nose and Mouth

Breathing through both your mouth and nose will help you maintain a steady breathing pattern and engage your diaphragm for optimum oxygen intake. It also helps you to easily remove carbon dioxide.

Throughout the day, practice breathing through both your nose and mouth. This could be challenging because we are hardwired to breathe only through our noses.

Learn to Breathe From Your Stomach

Do you have a habit of taking shallow breaths when you’re tired? Most people breathe from their chest, which isn’t the safest way to get the most oxygen.

Belly breathing, also known as diaphragmatic breathing, is a technique for increasing the oxygen intake while running. It works by engaging the diaphragm to increase the amount of space in your chest cavity, allowing your lungs to completely expand and take in more oxygen.

Deep belly breathing increases the supply of oxygen-rich blood to your muscles, allowing you to stay alert for longer periods of time. It also has another advantage; an increasing body of research indicates that belly breathing has a relaxing effect, which can boost your concentration and mental fortitude.

Lying down on the floor with one hand on your abdomen and the other on your chest is a simple way to practice deep belly breathing. Take a normal breath and observe which part of your body rises first. Experiment with breathing deeply into your abdomen first, then up into your chest as you exhale.